Police and Crime Commissioner for Hertfordshire
David Lloyd became Hertfordshire’s first elected Police and Crime Commissioner in November 2012 and has developed a reputation for innovation and applying a victim centred approach.  His police and crime plan is called “Everybody’s Business” and reflects his belief that keeping people safe requires a partnership approach drawing on the strengths of the police, the public sector,  business and the community as a whole to be fully effective.

David has been involved in police governance since 2005 including as Chairman of the Police Authority, and has also served as deputy leader of Hertfordshire County Council and as a member of the Hertfordshire Local Enterprise Partnership.  He built a career as a banker and then as an independent financial adviser before devoting himself to community
leadership on a full time basis. He was first elected to the county council in 1999 and remains a county councillor.

A key feature of David’s term of office has been his focus on preserving local policing in Hertfordshire.  By driving efficiencies in other parts of the operation and collaborating with neighbouring forces he has been able to deliver back office savings whilst protecting neighbourhood policing teams from the sort of cuts they have faced in most other areas.

In national terms David has a leadership role within the Association of Police and Crime Commissioners and is a member of its governing board.  He has been a leading light in promoting collaboration between the police and other parts of the public sector - most notably the other emergency services.  His office oversees the national Emergency Services Collaboration Working Group, which is made up of senior ‘blue light’ leaders and provides strategic coordination towards closer working between the different services.

To relax, David watches cricket, rugby or rowing, visits an art gallery or the theatre and listens to jazz music.  He remains determined to visit Simon Jenkins’ 1000 greatest houses and 1000 greatest churches. 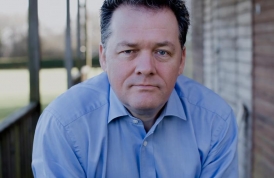