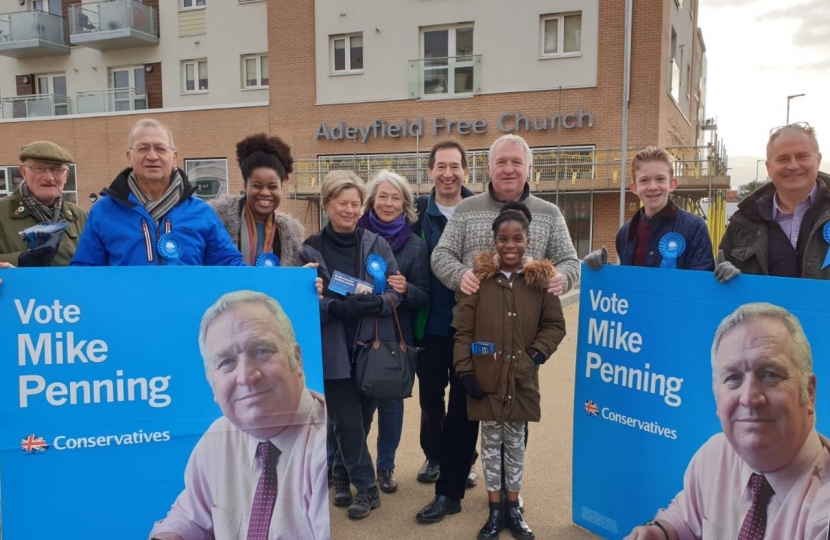 Officers are elected (or re-elected) at the Hemel Hempstead Conservative Association Annual General Meeting annually, and typically stand for 3 years in post.
The four key Officers Roles are: Chairman, Deputy Chair Political, Deputy Chair Membership & Fundraising, and Treasurer.
Other Officer Roles are elected at the AGM, and closely follow the requirements for the Association and it's future development plans.

Another important function of the Association is The Approvals Committee who interview and approve a list of Councillor Candidates from which the local Branch members select their councillor candidates to stand for Borough and County elections. The Association also selects and supports its MP to Parliament. Our current MP is Rt.Hon. Sir Mike Penning, who has been MP to Hemel Hempstead since 2005.

The Officer Group create a Strategic Plan for the Association for the following year, and work on the building a strong Association during their time in office.
Being an Association Officer gives you a great insight into the workings of Politics and can be a stepping-stone to becoming a Councillor or MP of the future.

If you have something to offer, please do consider becoming an Association Officer?

To find out more just get in touch. enquiries@hemelconservatives.com or call 01442 255034.