Terry is an experienced Dacorum Councillor having served in the area for the past eight years during which time he has held a number of posts including the Chair of the Audit Committee when the council received an unqualified approval from External Auditors. He then became the Portfolio Holder for Planning and Regeneration at the beginning of the regeneration of the Hemel Hempstead Town Centre which he is proud to see is now coming to fruition. He is well known at Dacorum Borough Council and prides himself on getting things done for the benefit of all the residents he represents.

He was elected to Hertfordshire County Council in 2009 and is currently the Cabinet Member for Highways, Transport and Waste Management which covers a wide range of services all of which are important to local people. He looks forward to working with your County Councillor David Lloyd. Terry is passionate about maintaining the rural idyll and village ethos and will work to retain the green belt and village communities in these areas. He has knowledge of Hertfordshire County Council’s Speed Management Strategy which might create the opportunity to allow a 20mph zone around schools and in village centres.

Terry has been a school governor for 25 years and is currently Chair of Governors at Cavendish School.

He owns a successful Audio-Visual business in Watford which is now managed by his two daughters.

Terry Douris continues to work to protect the green belt and improve life in Little Gaddesden and Potten End. 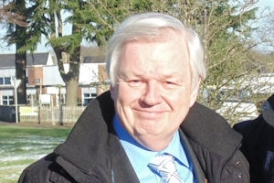