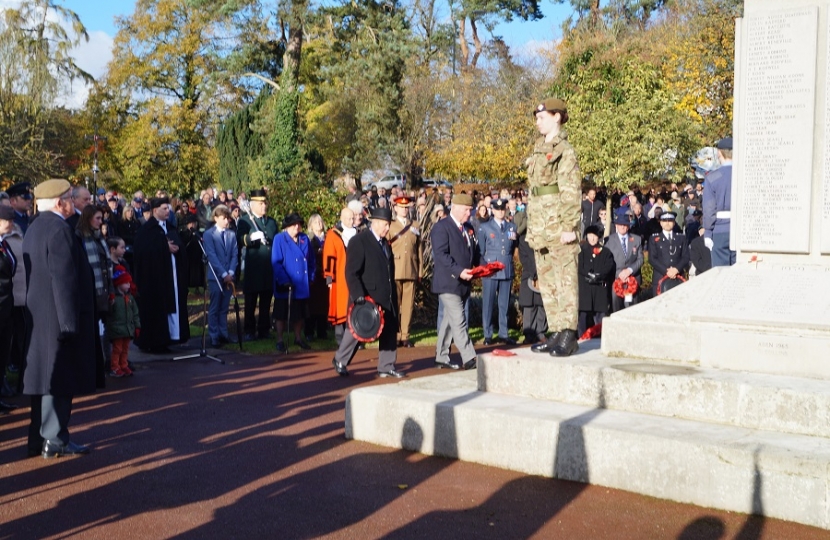 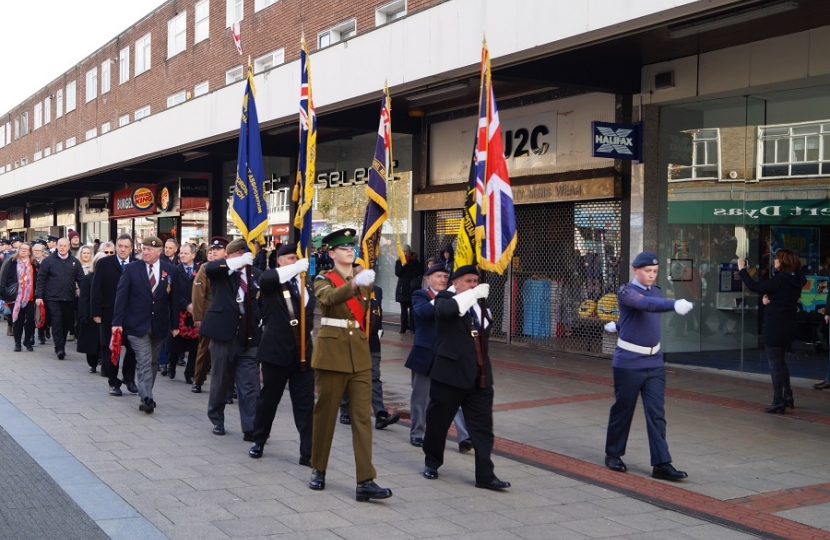 “It was incredibly moving to see the whole town come to a stop at 11am on Saturday 11th November. It makes me very proud to see everyone in the town centre observing the silence to remember events that took place before any of us were born a century ago.

“Again on the Sunday I was very pleased to see such a large crowd, young and old, coming out to pay their respects; including veterans, serving officers and servicemen and women on leave.

“This year is the centenary of the Battle of Passchendaele, a terrible event that cost so many young lives and devastated families in every part of this country. It is absolutely right that we take a short time each year to remember their sacrifices and those of the many servicemen and women who gave their lives in both World Wars and the various conflicts since then.

“Next year will be very special, being the centenary of the Armistice itself which finally saw the cessation of all hostilities in the First World War.”

“The Royal British Legion are very grateful for the incredible support given by local people and we thank everyone who gave to this year’s poppy appeal and everybody who helped.

“We are particularly pleased at the response from local schools who have been very supportive in helping promote the importance and understanding of Remembrance.”