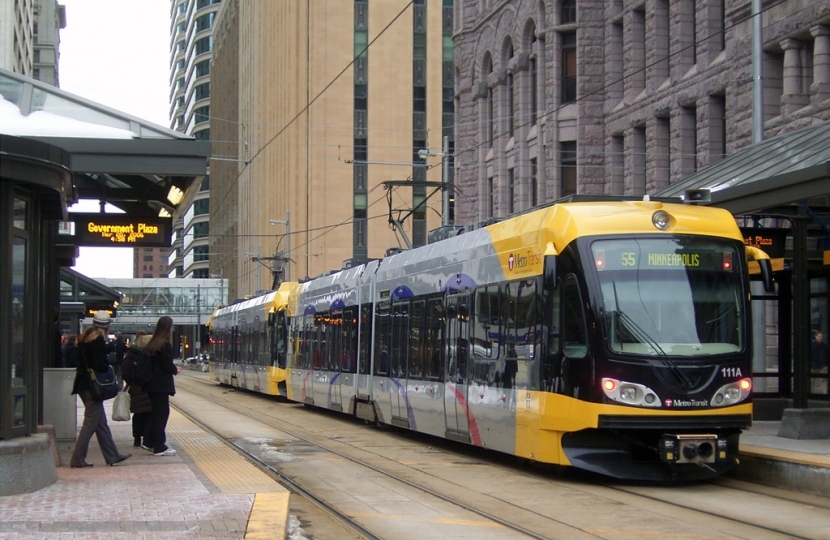 A new high-speed, east-to-west public transport system could be on the way for Hertfordshire after county councillors recommended developing a detailed proposal for a new Mass Rapid Transport (MRT) system to run along the A414 corridor.

The proposals are a key part of the county councils A414 Corridor Strategy to support the delivery of 50,000 new homes and an equal number of jobs along the route up to 2031 and beyond. The strategy sets out priorities for walking, cycling and new public transport investment, along with road improvement schemes along this key east west route.

Derrick Ashley, Cabinet Member for Growth, Infrastructure, Planning and the Economy, said: "Although these proposals are at a very early stage, we're excited about this scheme and the huge difference that it can make to how people get about the county. We need to get people out of their cars if we want to keep the county moving and our economy thriving, but that's hard without suitable alternatives in place.

We want to harness the most modern travel technology to provide our residents with a cost-effective and sustainable transport system. There' a long way to go, but the Mass Rapid Transit scheme that we're  proposing will
povide a real and practical alternative to the car for people wanting to travel between some of Hertfordshire' biggest towns."

The details around how the MRT will operate, the exact route it will take and the type of vehicles it will use won' be decided for some time. However it is unlikely to involve rail tracks and is more likely to be a system using purpose-built on-road vehicles running on a mixture of dedicated new routes and repurposed existing highway.

The county council will be working with district and borough councils, as well as other key stakeholders, to agree the scope, objectives and parameters for the MRT. Only then will detailed designs be developed.

There are up to 100,000 new homes planned for Hertfordshire by 2031 and fifty per cent of these will be along the A414 route. This will have a significant impact on the road itself, and on the towns along the route. The increased traffic congestion will lead to longer journey times if we do nothing. We need to make improvements to this key cross-county road, but just as importantly we need to make walking, cycling and public transport more attractive and practical options.

The county council will be looking at a range of possible technologies including the potential for driverless vehicles, although we would need to be certain that these can operate safely within town centres.

At this stage it is not certain what form the MRT might take. The technical studies we will be undertaking will allow us to choose from a range of options, including a guided busway, tram or light rail system. Early analysis suggest it is likely to involve buses, trackless trams or similar purpose-built vehicles, running on a mixture of dedicated new routes and repurposed existing highway, similar to the Cambridgeshire Guided Busway scheme. However this could change as the technical reports are completed.

For more information contact David Barlow, Senior Communications Officer, on 01992 588606 or at david.barlow@hertfordshire.gov.uk

Our Plan for a Stronger Economy

Read about how our plan is tackling inflation and helping you with the cost of living.